Collections
Where to Buy
About
Trade 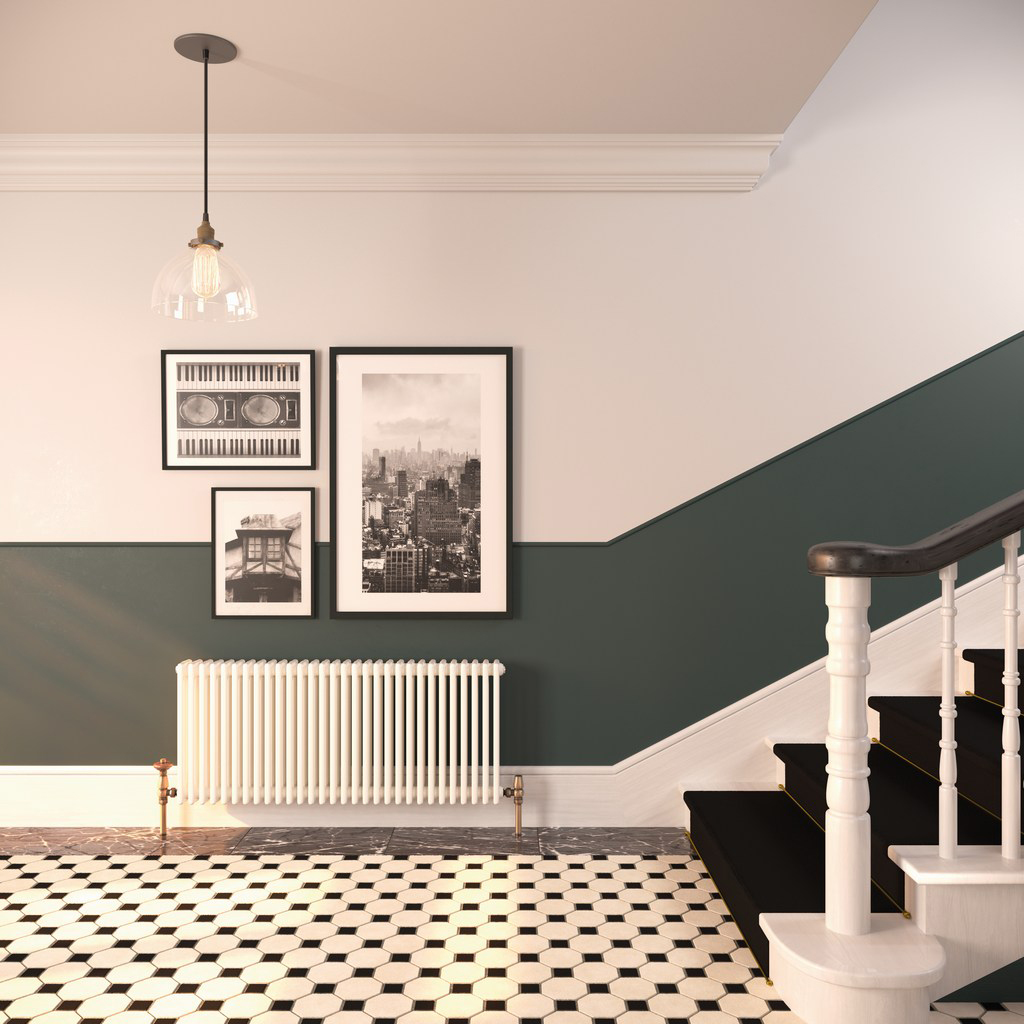 The Victorian age was famous for many things, not least its namesake queen. This was the era of the Industrial Revolution, the expansion of the British Empire, and many ground-breaking inventions such as the telephone and the phonograph. What is perhaps less well known is how important this period was in terms of radiator development, in particular Victorian-style radiators and towel rails.

It was towards the end of the 19th century when radiators came to be regarded as more than merely functional. How a radiator looked started to become just as important as the heat it gave off. After the ‘wilderness’ decades that followed, where plain, white panel models became the norm, Victorian-style radiators are very much back in vogue. We are seeing a huge demand for cast iron, decorative and column styles, in addition to classic towel rails. So we asked our director Stewart Double to provide his take on why this is becoming so hugely popular:

Add a touch of timeless class to your hallway with our Modus Stocked Victorian-style radiator, available in a selection of different finishes 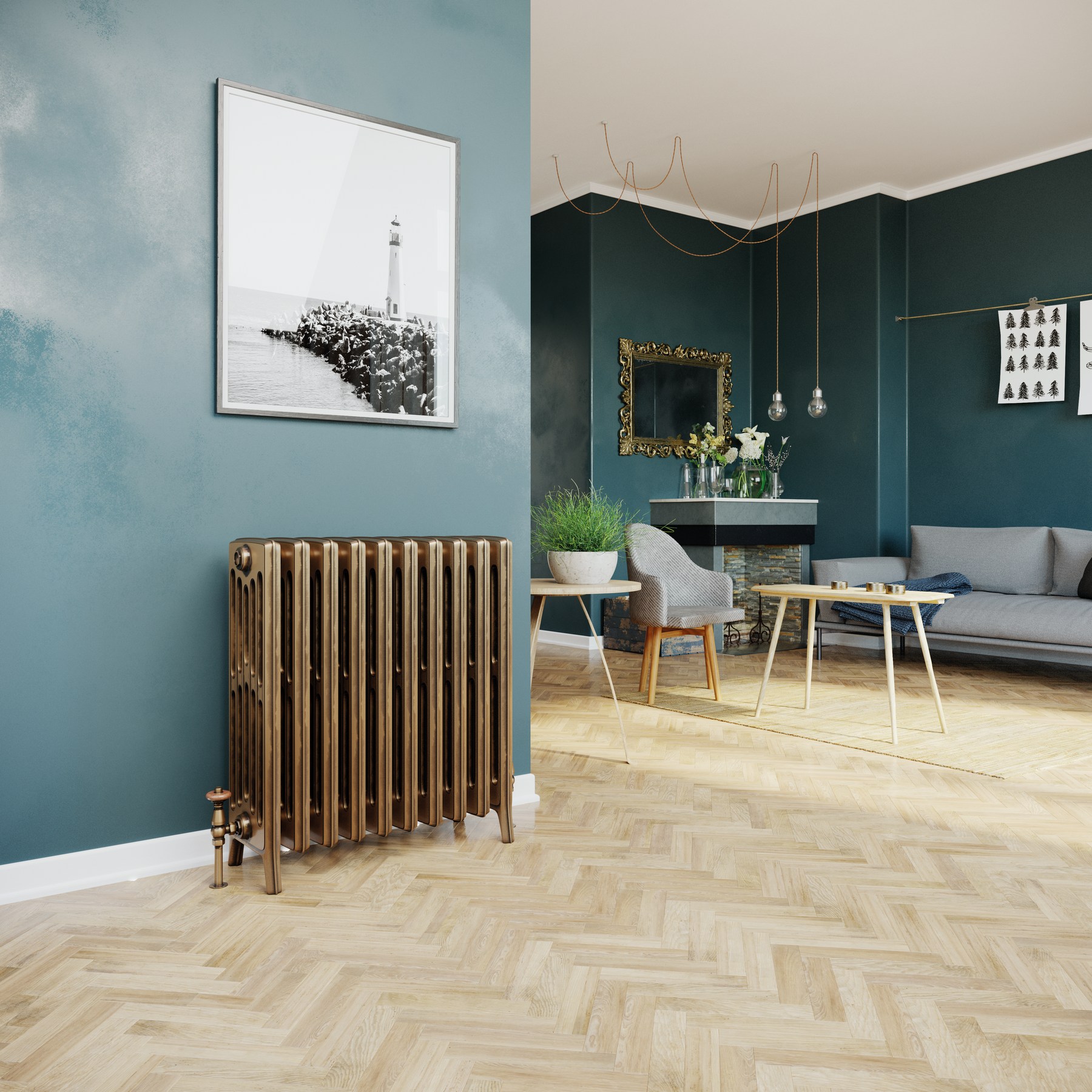 Analysing the appeal of Victorian-style radiators

There are a number of reasons why Victorian-style radiators are so popular again. Perhaps the current trend for restoring period properties is the most obvious one. New-builds have their advantages, of course. But the space, timeless appeal and original features of period properties are proving hugely attractive for house buyers throughout the UK. Victorian-style radiators are totally in keeping with the character of such homes, adding style and authenticity in one fell swoop.

However, designers are even refreshing modern interiors with traditional styling. Customers are embracing older-style radiators – and even contemporary radiators with a period twist. This is ideal for those who are keen to introduce a more vintage vibe to their homes. After all, there are only so many period properties available. Replicating key elements of their décor is a clever way to tap into the trend, regardless of when your home was actually built. Installing classic, Victorian-style radiators is an easy way participate in this retro revival. 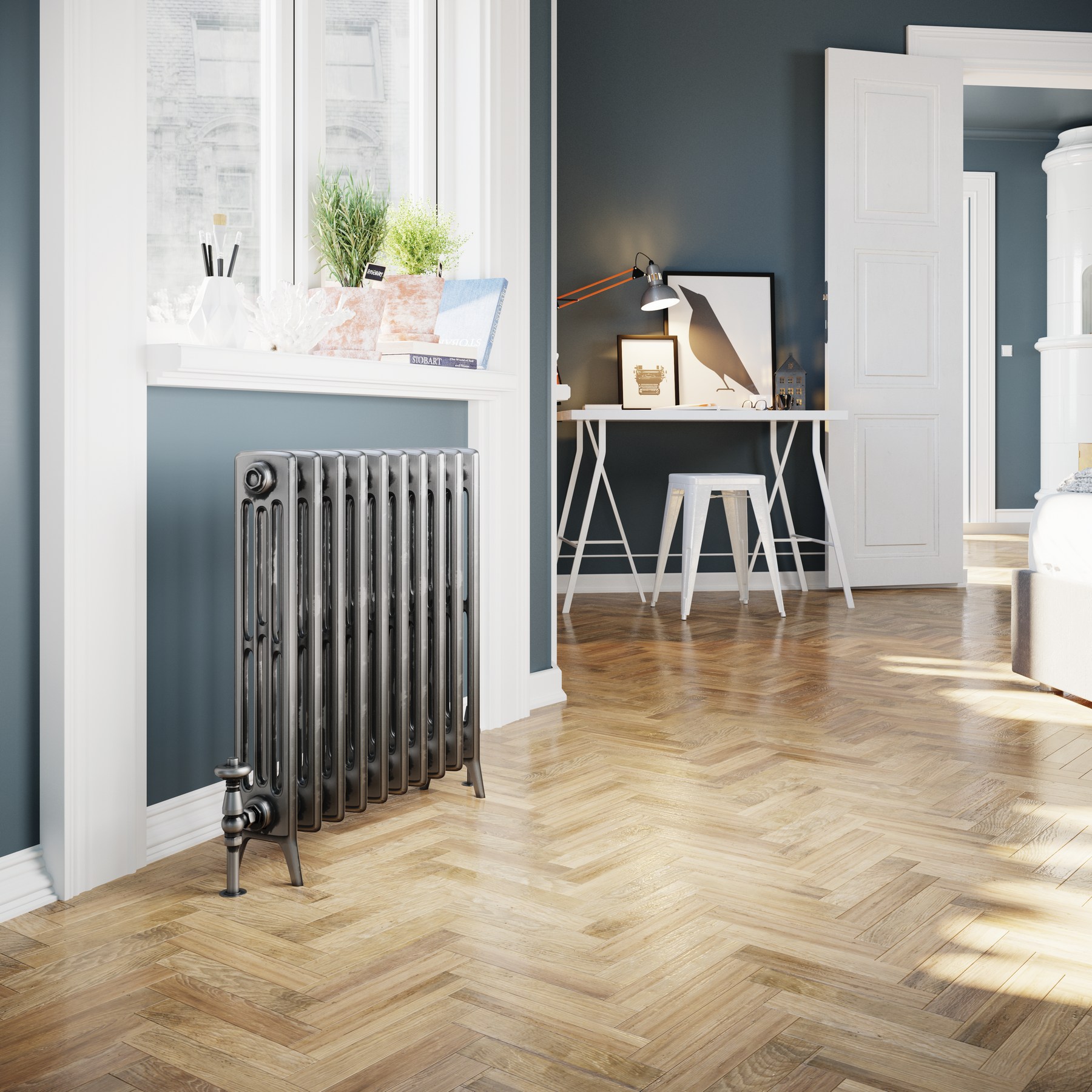 There’s another key reason why Victorian-style radiators are enjoying a renaissance. They perform as good as they look. Most of these models are made of cast iron, which is an excellent heat distributor. Cast iron radiators might take longer to heat up, compared with certain other materials. But they take longer to cool down too, which means they stay warm and continue to heat your rooms long after you’ve turned them off. In other words, they look great, are energy-efficient, and can save you money as well.

Another advantage? Cast iron radiators tend to heat a room evenly, as well as efficiently. That’s because they usually incorporate a column (as opposed to panel) design. It’s these evenly spaced channels that encourage even heat transmission. 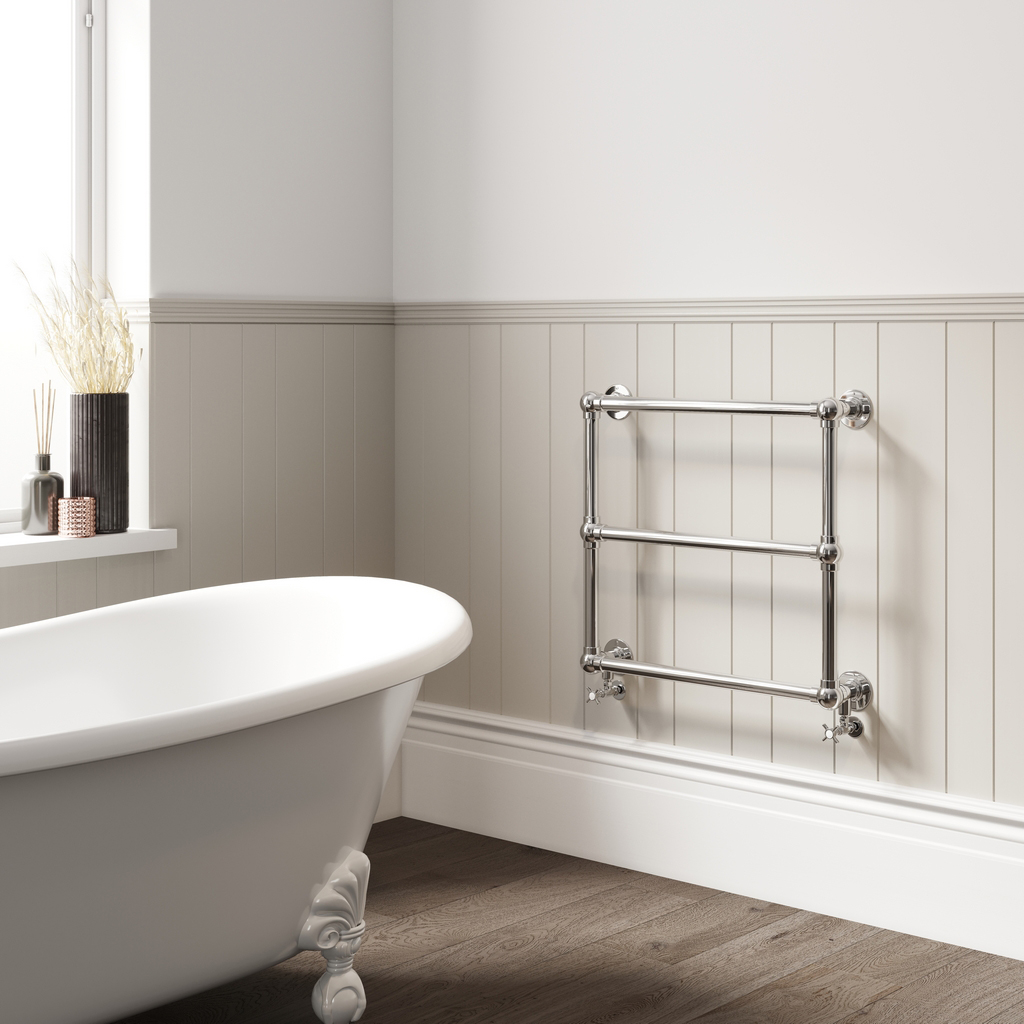 Most people associate Victorian-style radiators with oil or gas central heating. But nowadays there are a range of electric versions to choose from too. This means you can enjoy all the visual elements of this style, teamed with the convenience and practicality of a plug-in. Electric Victorian-style radiators really do offer the best of both worlds. They are the perfect solution for a room that’s only occupied at certain times. With lots of us still working from home for a proportion of our time, electric radiators are the ideal option for a home office. That fact that they work independently gives you greater control over your general energy consumption – and consequently your energy bills. 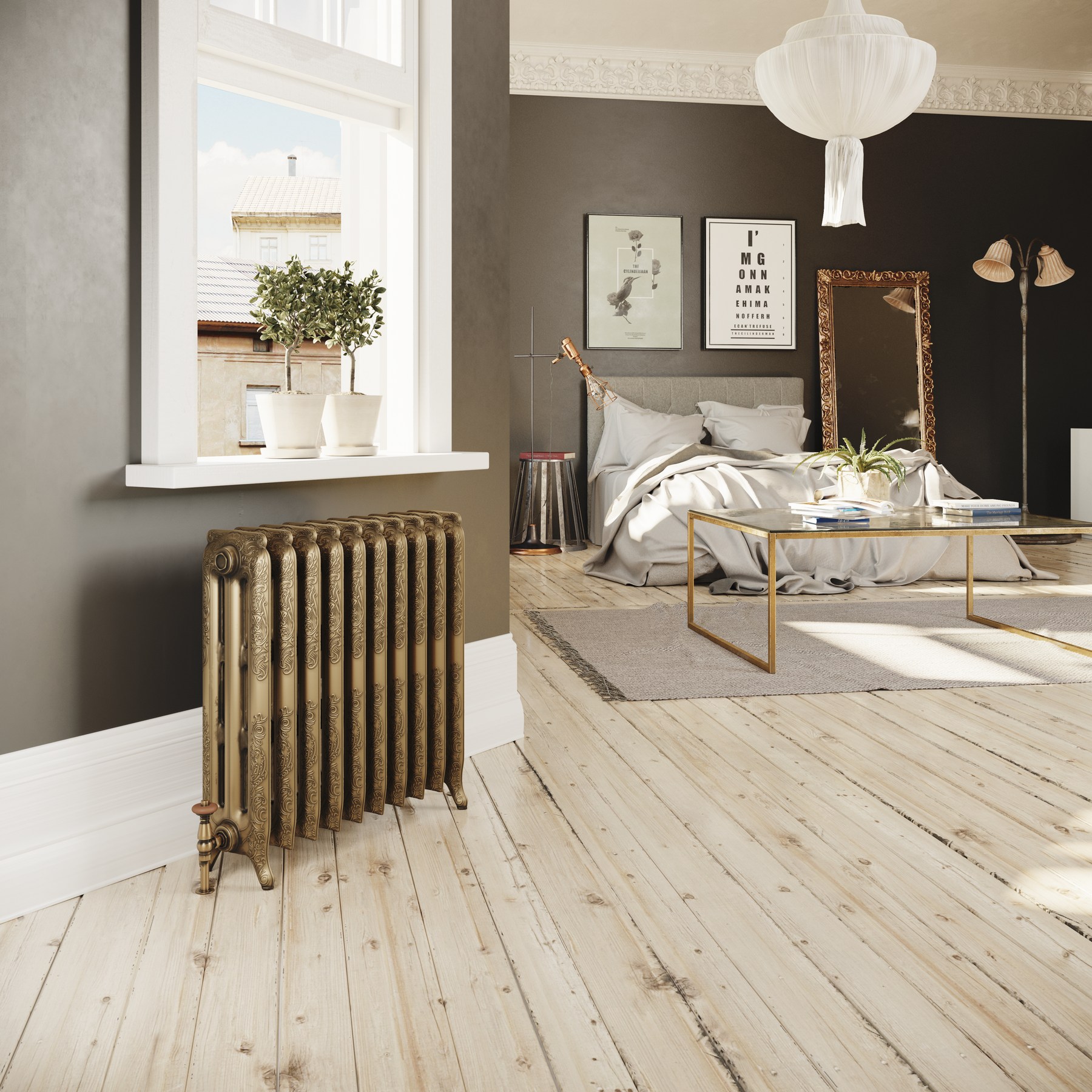 A wide range of options

Victorian-style radiators can completely transform the look and feel of a room. You can use ornate cast iron models, etched with eye-catching designs, to create a striking centrepiece. Or you could choose a plain white model to complement a bold-patterned floor or statement wall. We offer such a huge range of colours, styles and finishes, it’s easy to find the right model to match any design scheme in your home. You could add warmth to your decor with a bronze model, or keep your colour palette cool with an on-trend grey. Mixing and matching metallics is another popular option. And because we have our own bespoke powder coating plant, we can provide any RAL colour, a wide selection of special finishes, and even a colour matching service. This means we can offer a diverse range of options for all of our radiators, including our Victorian-style models.

The scalloped decoration on this Loxley Cast Iron radiator adds instant interest to this modern bedroom, coordinating beautifully with the other metallic elements of the interior 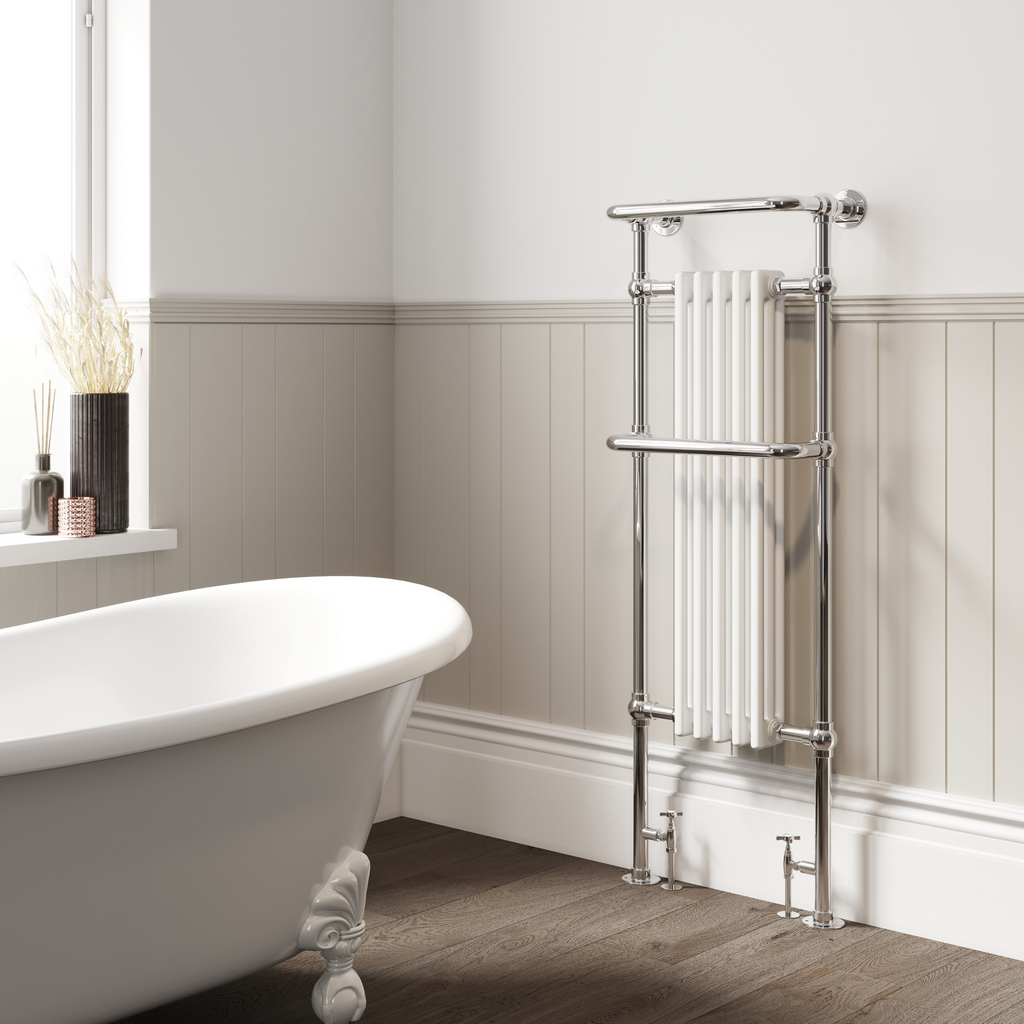 In praise of towel rails

The beauty of Victorian-style radiators is that they really can enhance every single room in your home. And despite their period heritage, they can work equally well in both traditional and contemporary settings. You can use them to add an interesting, contrasting focal point to a modern bedroom or kitchen, for example. And don’t discount them for small spaces, either. Our cast iron radiators are available in a variety of different sizes, from just two to six-column models. There’s a range of height options, too. So there’s bound to be something to suit the size and shape of the area you need to heat.

Our chrome Lambourne towel rail is a practical yet stylish addition to almost any bathroom, complementing both classic and contemporary settings

Get the design right, and your towel rail will really elevate the look of your bathroom. A minimalist chrome finish is a timeless option that complements most sanitaryware, and fits well within a typical black-and-white Victoria bathroom scheme.

Keen to explore other radiator options for your home? Click here to find out more about our modern stainless steel models.